China to give away $6.2 million as part of CBDC trial 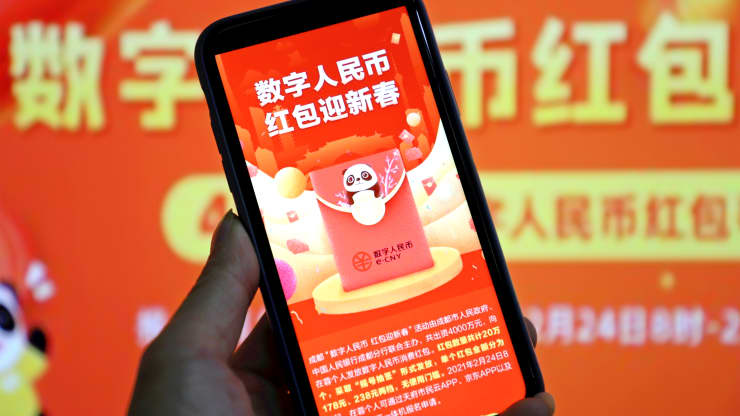 Изображение: CNBC
Beijing residents could receive one of 200,000 so called “red envelopes” containing 200 digital yuan each

According to CNBC, China announced a launch of a new lottery where it will hand out 40 million renminbi ($6.2 million) of its digital currently to Beijing residents. People’s Bank of China (PBOC) uses lottery program to continue pilot testing its central bank digital currency (CBDC).

Citizens in Beijing can participate in a lottery by applying through a couple of banking apps. As stated in the source, applicants will have a chance to receive one of 200,000 so called «red envelopes», each containing 200 digital yuan (about $31). According to the Beijing Local Financial Supervision and Administration Bureau, winners will be able to use digital gifts only at selected merchants.

PBOC plans to expand the scope of its digital yuan pilot projects. As noted by Li Bo, deputy governor of the central bank, China expects to make digital yuan accessible both for local consumers and for foreign visitors at the 2022 Beijing Winter Olympics.